Turner and the Sublime Canadian exclusive in Québec City

Discover one of the foremost artists of the 19th century, Joseph Mallord William Turner (1775-1851), English painter, watercolourist and engraver. His works display innovative research and ranked him as a master of the romantic movement. He is also regarded as one of the precursors of impressionism.

This major exhibition, organized in collaboration with Tate (London) from the Turner Bequest, affords a unique opportunity to see outstanding works that are rarely exhibited outside England.

experience the virtual tour of the exhibition

The exhibition comprises several of the artist’s masterpieces, including Light and Colour (Goethe’s Theory) (1843), as well as a selection of exquisite gouache and watercolour works.

This outstanding collection of 75 paintings and works on paper covers the biggest portion of Turner’s career, from the outset in the 1790s until its peak around 1840.

FEATURING A TURNER PAINTING FROM THE COLLECTION OF THE MNBAQ

The exhibition will enable the MNBAQ to highlight a work by Turner from its collection. Scene in Derbyshire (1827) was a gift from the estate of Maurice Duplessis in the late 1950s. This is a rare opportunity to see a seminal work from the MNBAQ’s European art collection. 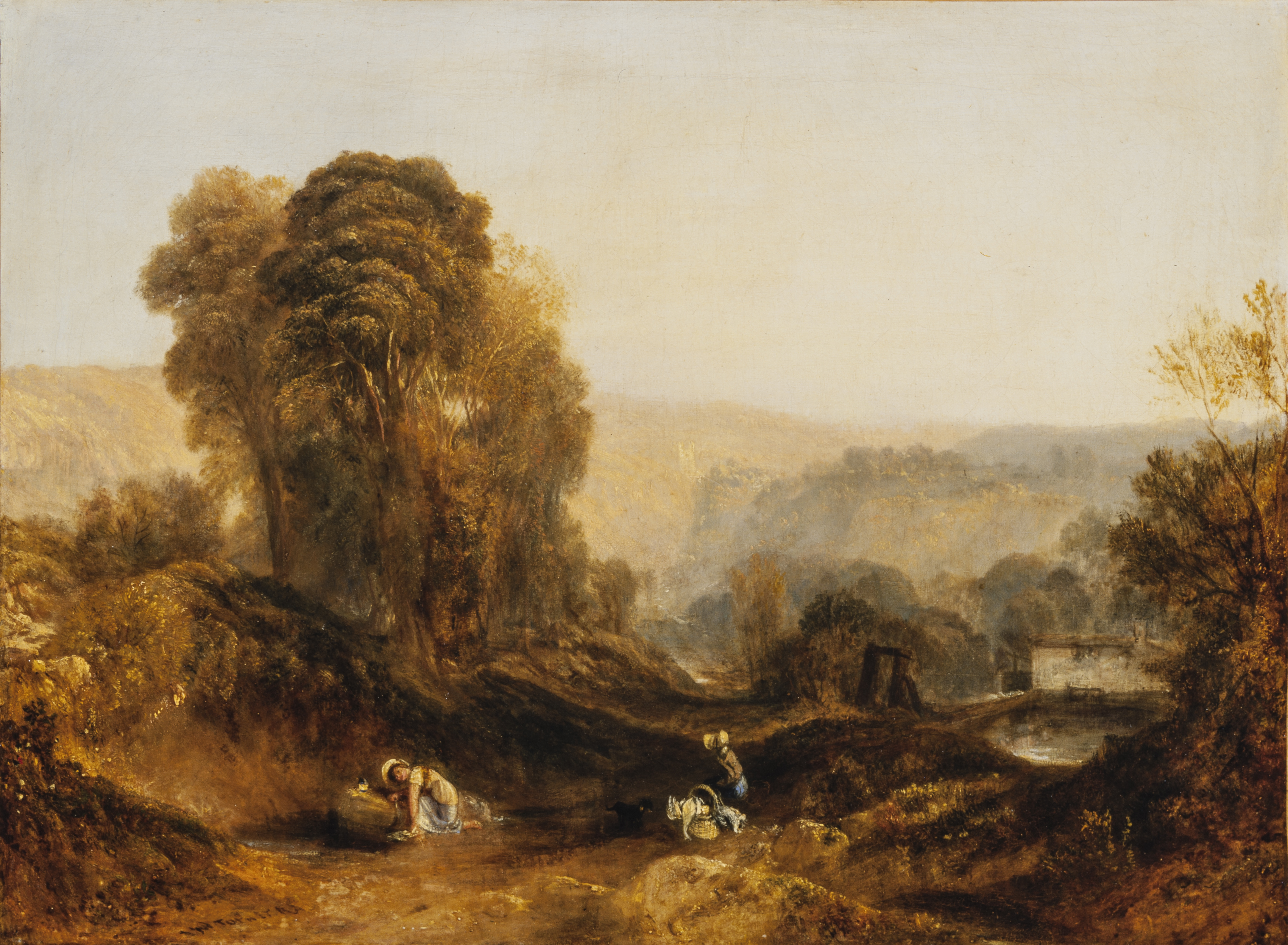 THE ART OF THE SUBLIME

The exhibition focuses on the theme of the sublime, a core concept of late 18th century aesthetics and art criticism in Germany and England, which spread throughout Europe in the 19th century. Irish writer Edmund Burke’s seminal work A Philosophical Enquiry into the Origin of Our Ideas of the Sublime and Beautiful (1757) influenced an entire generation of artists by proposing a new conception of beauty, centred on the emotion that the force of nature arouses.

This notion of the sublime expressed itself in Turner’s work in dramatic landscapes describing spectacular storms, tumultuous seas and grandiose natural spaces.

TURNER, A MASTER OF LANDSCAPES

Turner developed an eminently sensitive conception of landscapes. He sought to render atmospheric effects through the suggestive power of colour. He is recognized for his great mastery of the rendering of light on the sea or mountainous landscapes glimpsed through clouds or rain.

Throughout his life, the artist constantly travelled around England and in Europe. He is regarded as a master watercolourist and developed an especially bold technique.

With Turner, the landscape becomes a major art form. 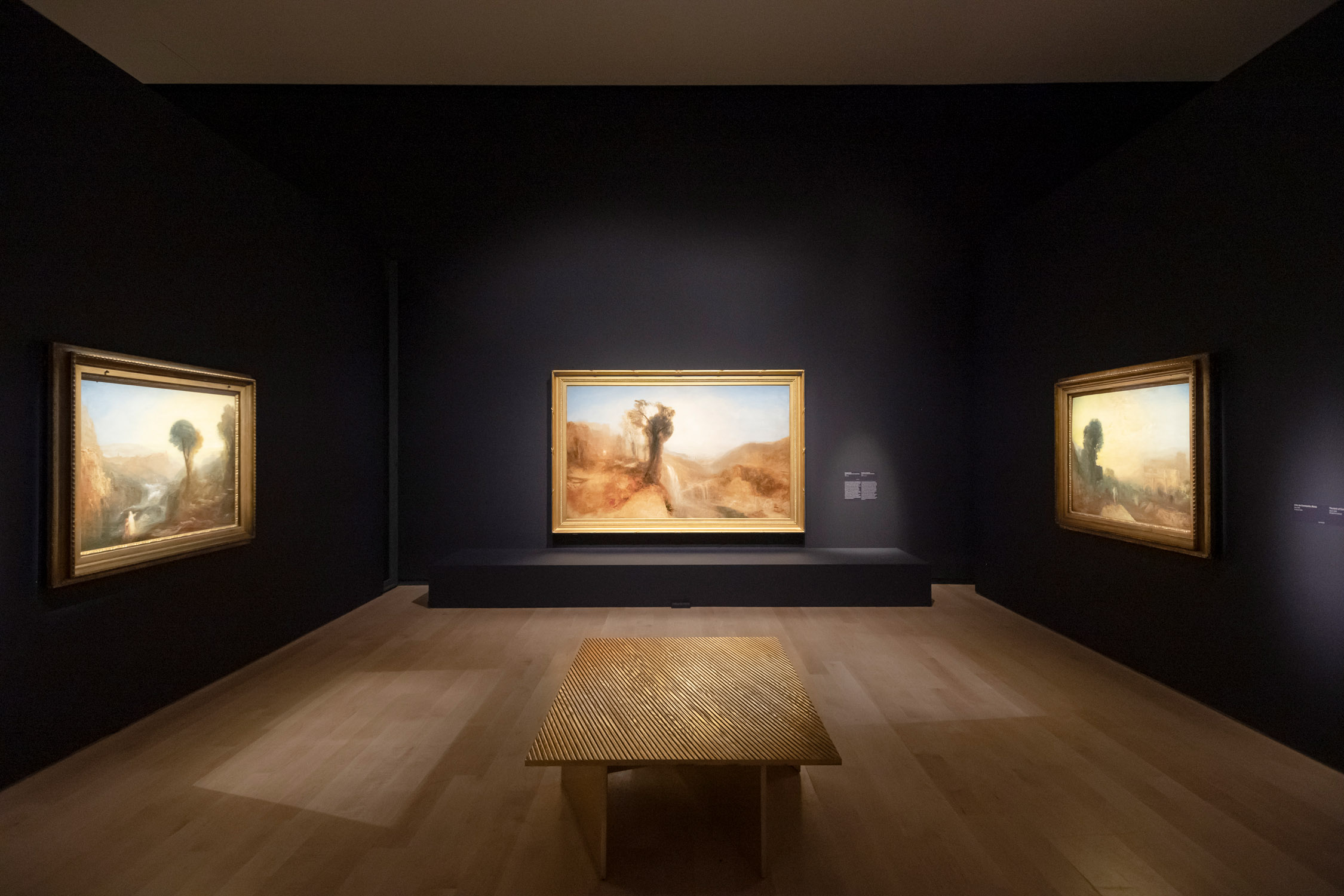 The first section of the exhibition is devoted to Turner’s early works. The second section proposes a fine series of mountain landscapes, whose striking majesty is especially suited to rendering the notion of the sublime.

A spectacular series of historic and mythological scenes is followed by magnificent lakeside landscapes in Switzerland and Italy, including a superb series of views of Venice, in which the water motif is used to develop a lyrical interpretation of nature.

The seascapes and studies of the sky propose fantastic, deeply suggestive images that evoke the infinite.

Lastly, the theme of machines, which the artist uses extensively, makes it possible to place Turner at the root of modernity and establish links between the first Industrial Revolution and the advent of environmental awareness.