LEMOYNE, THE ART THAT BRINGS PEOPLE TOGETHER

Serge Lemoyne (1941-1998) is said to have shaken up the Quebec art scene and to have contributed significantly to a fundamental rethinking of the language of visual arts in Quebec in the 1960s, one of the most effervescent periods in our art history.

A multidisciplinary artist before his time, instigator of the first happenings, he was also one of the first Quebec artists to adopt a practice that was more liberating than intellectual. Like the New York artists whose work he admired, he ventured into the world of pop and became interested in participatory art and collective creation.


It is with an unshakeable conviction that he will defend the accessibility of art for all,
a "mission" to which he will not cease to devote himself throughout his career.


In addition to his social commitment and the identity-related scope of his practice, a considerable part of his art is developed around the elements of his daily life. 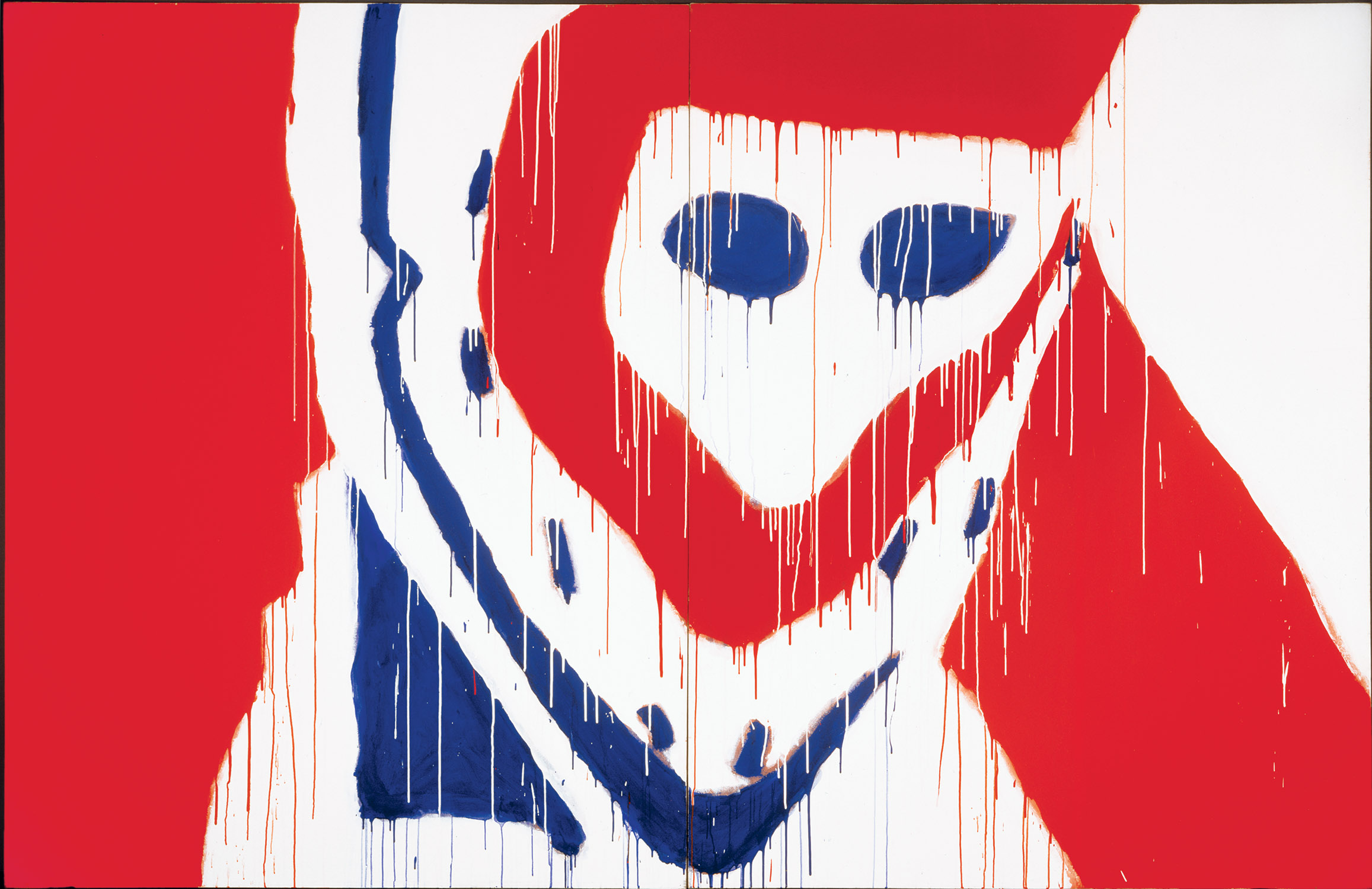 His artistic practice is marked by a series of performative events to which he devotes himself body and soul, aiming at a better integration of art to everyday life, in a spirit of opening culture to the whole community.

It is also in this spirit that he concentrated for ten years on the theme of hockey, as a true fan of the Montreal Canadiens, whose emblematic blue-white-red colors of their uniforms he used.

Lemoyne also uses his home in Acton Vale as a work surface, an in situ investment in his practice. His relationship with this family home, where his grandfather and father lived, is at the heart of his approach. It feeds his pictorial production and becomes the raw material of sculptures composed of assemblies of elements taken from it.

By the interventions that he carries out at home,
Lemoyne pursues his ideal of abolishing the boundaries between art and life.

The exhibition presents an exceptional summary of his production, as playful as it is striking. With close to two hundreds works, it will highlight the artist's thirst for total freedom expressed through all forms of creativity, and a dissident attitude towards art and traditional venues, as evidenced by his many ephemeral, interactive and sometimes subversive interventions.

This project is accompanied by an extensively illustrated publication, including essays by several authors and a detailed chronology that has never been compiled before.